Post Date:01/11/2019 3:45 PM
Public Works Director and City Engineer Jonathon Goldman is retiring from the City of Sausalito. His last day with the City will be Friday, January 25. During his ten-year tenure, Jonathon has overseen a large number of significant projects and initiatives for Sausalito. Jonathon's achievements include:

City Manager Adam Politzer says, "Jonathon was my third hire after I started as Sausalito City Manager in 2007. He has been a superb mentor to our public works staff, and it would be difficult for me to overstate the impact that Jonathon has had in making Sausalito a safer, more attractive, and more environmentally sound place to live and work. I've also always been impressed with Jonathon's appreciation of and connection with members of our community, especially those with an interest in our public infrastructure. Dorothy Gibson, Chuck Donald, Norm Wohlschlaeger, Alice Merrill, Ann Arnott, Shelby Van Meter, and Herb Weiner are just a few of the names that come to mind."

Jonathon believes that continuing to find creative and innovative ways to deliver a balance of maintenance and capital improvements to Sausalito's infrastructure is the biggest challenge that his successor will face. He says, "Sausalito is blessed with an amazing location, spectacular geography, and a network of infrastructure that evolved incrementally, punctuated with spurts of massive investment by the railroad in the late 1800s, the establishment of Fort Baker and Fort Barry in the early 1900s, the construction of our concrete streets and underground sewer system in the early 1910s and 20s, the construction of the Golden Gate Bridge and US 101 in the 1930s, the construction and then disposition of the Marinship properties in the 1940s, and the construction of the wastewater treatment plant at Fort Baker in the early 1950s. If we had the opportunity to plan and build each of those episodes today, our infrastructure would be very differently configured and likely safer, more environmentally sustainable, and more inexpensively maintained."

Soon after his retirement from the City of Sausalito, Jonathon will move to his father's old house in Tucson, Arizona. He plans to continue working and will seek a government or research position with the potential to make positive contributions to education, sustainability, and climate change adaptation. 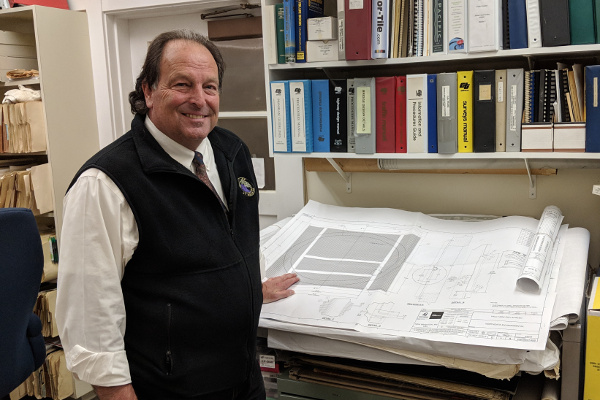