City Hall will be closed on Monday, February 17 for Presidents' Day 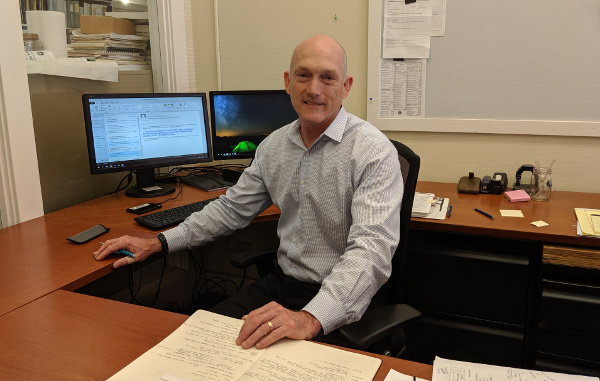 Kevin was born and raised in Larkspur, California, and went to Redwood High School. He attended California State University, Sacramento, where he received bachelor's and master's degrees in civil engineering and specialized in structural engineering. This work led to a position as a professional engineer in the public sector. Kevin has had the opportunity to be the lead engineer on several large projects, including the Waldo Interchange Project in 1993, the White's Hill Bridge and slide repair in 2000, and the development of the SMART rail project in San Rafael.

Kevin resides in San Rafael with his wife and college-age daughters. Kevin's family has deep roots in Marin County. His grandfather was the chief of police in Sausalito and Mill Valley. His parents, who reside in Larkspur, grew up in Mill Valley and Sausalito and are active in the historical society in Mill Valley. Kevin is an active cyclist, motorcyclist, and carpenter. Please come by Public Works and say hello.