The public health order to shelter at home has been extended through May 3, 2020 — details are on the City's COVID-19 information page 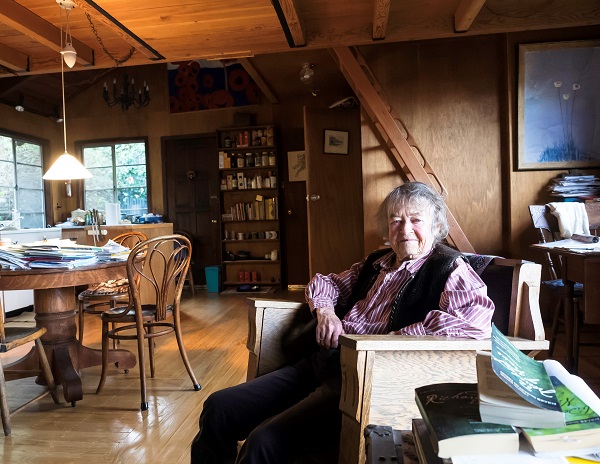 When longtime Sausalito resident Dorothy Gibson passed away in January 2019, she left behind more than memories of her many years of civic engagement. In her will, Dorothy made a bequest to the City of Sausalito of her home at 429½ Johnson Street to be used to provide moderate to low income housing for one or more of the City's full-time employees. At its meeting on August 27, the City Council formally accepted the bequest.

The house at 429½ Johnson Street is a single-family dwelling with an attached garage. It consists of one bedroom and one bathroom and is approximately 1,200 square feet in size.

The City Council first discussed the gift at a meeting on July 16. At that time Councilmember Jill Hoffman remarked, "What a generous, wonderful thing to be given to the City of Sausalito, specifically the people that work here in Sausalito."

City staff has determined that, subject to numerous factors (including family size and other sources of income), there are a number of City staff positions that could qualify for tenancy at 429½ Johnson Street under the state's low and moderate income standards.

The City will consider employee housing programs at other cities in developing a rental program for 429½ Johnson Street. As an example, the Town of Tiburon owns seven below-market units which it rents to its employees.

Before it can be inhabited, the Gibson house will likely need a number of repairs and upgrades to bring it up to code. Based on its zoning, the City also has the option of expanding the residence to accommodate one or more additional units.