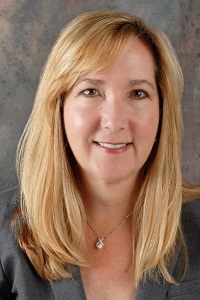 Please note: Councilmember and U.S. Navy Reserve Captain Jill Hoffman was recalled to active duty with the United States Navy, effective September 27, 2019. Councilmember Hoffman is expected to return by July 31, 2020, but her deployment could be shortened or extended by the Navy. Interim Councimember Tom Reilly has been appointed to serve during her absence.

Jill Hoffman was elected to her second four-year term on the Sausalito City Council in November 2018. Jill served as Sausalito's Mayor in 2016 and Vice Mayor in 2015. Jill is the City's School District Liaison and serves as the alternate to the Marin Telecommunications Agency. She also serves on the City Council Legislative Review Committee, the City Council OMIT Committee and as the Council liaison to the Business Advisory Committee. Jill also serves as the City's representative on the Marin Bay Waterfront Adaptation Vulnerability Evaluation (BayWAVE) Committee and as the City's alternate Association of Bay Area Government's delegate.

Jill is an attorney and began her career in the United States Navy’s Judge Advocate General’s Corps. She was commissioned as an officer her last week in Law School and was assigned to Naval Station Treasure Island for her first duty station. This assignment resulted in an abiding love of the Bay Area and after completing a tour of duty in Naples Italy and another tour at Treasure Island during its last days of operation, she began her career as a civil litigator in San Francisco. During the last several years Jill developed an expertise in the area of wine law, and co-founded an ecommerce company, Qorkz Wine, that facilitates wine sales directly from limited production wineries to consumers. Jill still serves as a Reservist in the United States Navy, and holds the rank of Captain.

Active in her community, Jill was President of the Golden Gate Breakfast Club in San Francisco in 2014, and served on the USO Bay Area Advisory Council from 2014-2015. An avid sailor, Jill and her husband completed a yearlong blue water sailing cruise in their 40 foot sailboat AWOL, sailing from Sausalito through the Panama Canal to Newport, Rhode Island.

Special Committees
To be assigned