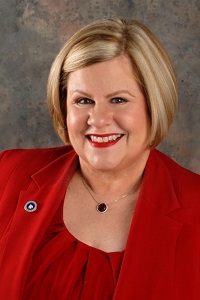 Joan Cox was elected to a four-year term on the Council in November, 2016 and served as Sausalito's mayor in 2018. Joan serves on the City of Sausalito General Plan Advisory Committee and the City's Legislative Review Committee. She is also the Council liaison to the Sausalito Community Safety/Disaster Preparedness Committee. She also serves as the City's delegate to the Association of Bay Area Governments (ABAG), and the Legislative Alternate for the Marin County Council of Mayors and Councilmembers (MCCMC). Joan served eight years on the Planning Commission prior to being elected to the City Council.

Joan is an attorney with over twenty years of experience representing cities and counties. Joan has developed extensive experience negotiating with Sacramento lawmakers addressing important issues such as Airbnb, housing requirements, transient shelters and zoning regulations.

Active in her community, Joan is a member of Sausalito Foundation, Sausalito Historical Society, Presidio Yacht Club, Friends of the Library, and Sausalito Woman’s Club.