The City of Sausalito and the National Park Service have reached an agreement to work together to mitigate any adverse impacts created by planned ferry service between Pier 31½ in San Francisco and Fort Baker in the Golden Gate National Recreation Area. The agreement, in the form of a Memorandum of Understanding, was signed by both parties on August 22, 2018. Fort Baker is located a mile south of Sausalito, adjacent to the Golden Gate Bridge.

The agreement came after a decision by the San Francisco Port Commission on June 25, 2018, to limit prospective ferry service from Pier 31½ to Fort Baker to two round trips per day on weekends only.

In signing the Memorandum of Understanding with Sausalito, the National Park Service agreed that it would do the following:

On December 6, 2017, the San Francisco Planning Agency issued a Preliminary Mitigated Negative Declaration (PMND) for the Alcatraz Ferry Embarkation Project. In addition to improvement to Piers 31 and 33 in San Francisco to provide ferry service to Alcatraz Island, the project also included ferry service between Pier 31½ and the existing Fort Baker pier as well as interpretive cruises around the bay. The PMND failed to adequately analyze and mitigate impacts of the ferry service to Fort Baker in Sausalito. The PMND included flawed assumptions and lacked any analysis of the project's potential to substantially increase pedestrian, bicycle and vehicular traffic along Alexander Avenue and exacerbate the already over-crowded conditions in Sausalito's historic downtown and waterfront. Therefore, on December 27, 2017, the City of Sausalito submitted an appeal of the San Francisco Planning Department's proposed Preliminary Mitigated Negative Declaration for the Alcatraz Ferry Embarkation Project. On February 20, 2018, Sausalito submitted an additional letter regarding the appeal. 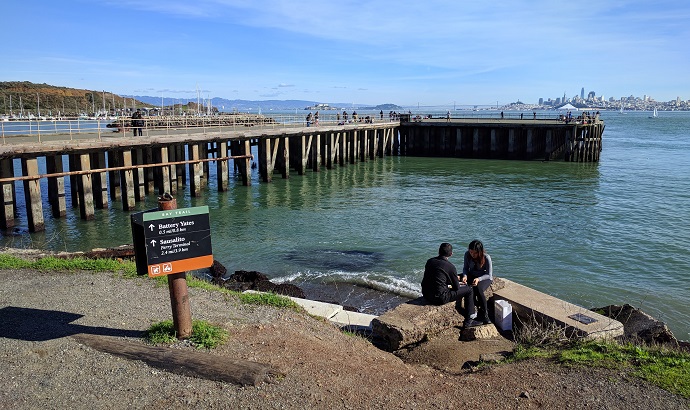