This page provides an overview of marijuana regulations in the City of Sausalito and the State of California. You will also find information about City meetings on the subject.

In 2015, the California Legislature enacted the Medical Cannabis Regulation and Safety Act (MCRSA), legalizing and regulating medical marijuana use, delivery, and the indoor, private cultivation of up to six plants. Additionally, in 2016 California voters approved Proposition 64, the "Control, Regulate, and Tax Adult Use of Marijuana Act" (AUMA), which legalizes the recreational use of marijuana for people 21 years and older, and allows the small-scale cultivation and delivery of recreational marijuana.  The law also establishes regulatory and taxation measures for recreational marijuana activities.

The State of California will begin issuing commercial licenses for recreational marijuana after January 1, 2018, but it will not issue such licenses in jurisdictions that adopt ordinances prohibiting these uses.

Taken together, MCRSA and AUMA allow for the establishment of a variety of medical and recreational marijuana businesses and deliveries if not restricted by the local jurisdiction.  While state law allows local municipalities to control the commercial cultivation and sale of marijuana, they may not completely ban the private indoor cultivation of six plants or less.

At its meeting on October 22, 2019, the City Council unanimously approved the second reading of an ordinance regulating marijuana in Sausalito. The ordinance will go into effect after 30 days.

The new ordinance makes permanent an interim ordinance that was first adopted by the City Council in November 2017. Under the new ordinance, the following regulations will be permanently incorporated into the Sausalito Municipal Code:

The adoption of the ordinance does not preclude the City Council from making amendments at a later date. Among changes previously discussed by the Council include the possibility of allowing non-storefront marijuana businesses.

The State's cannabis regulations are rapidly changing and evolving. The latest information may be found on the State of California Cannabis Portal. 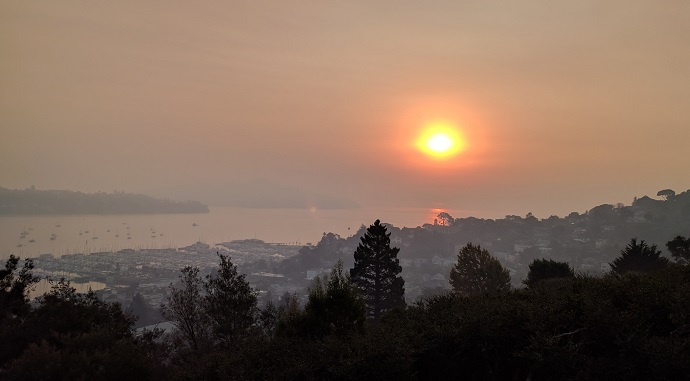