What Is a Short-Term Rental?

Short-Term Rentals Are Prohibited in Sausalito

Sausalito Municipal Code, section 10.22.030 lists the allowable land uses in all of the Residential Zoning Districts. Transient Occupancy, which is defined in chapter 10.88 as occupancy of residential structures, hotel rooms, or dwelling units on a temporary period of less than thirty (30) days, is not listed as an allowed use; therefore, short-term rentals are not allowed. Renting is allowed for long-term occupancy, which is 30 days or greater.

Both reporting options are available 24 hours a day/seven days a week for neighbors to report non-emergency problems related to short-term rental properties. Once reported, Host Compliance transmits the report to the City of Sausalito Code Enforcement Officer to investigate.

Reports may also be made directly to the City of Sausalito by printing, signing, and submitting a Code Complaint Form.

The Past and Future of Regulating Short-Term Rentals

The motion approved by the City Council on January 8 provided the following direction:

Updates on short-term rentals in Sausalito, including reports on the effectiveness of code enforcement under the current ban, will be reported in future editions of Sausalito Currents. Any questions about short-term rentals may be directed to the Community Development Department at (415) 289-4128. 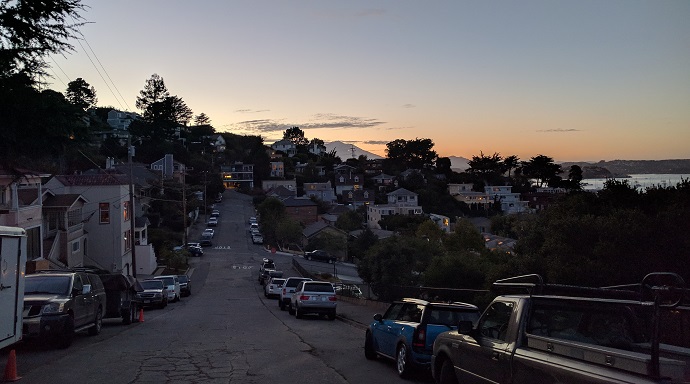